If you've never been to the Sistine chapel, do go when you can. I'm not the best guy to tell you the artistic and historical significance; it certainly feels as significant as art critics say. Go just a tad deeper, past the fresco, you'll find an idea that has been gnawing at me ever since I had the opportunity to visit.

You see, the basilica in The Vatican is about 40 meters long and 13 meters wide, a moderately small room relative to some insane chapels you'll find scattered around Italy and Europe in general. Massive by the standards of paintings yet small as a room to be in. 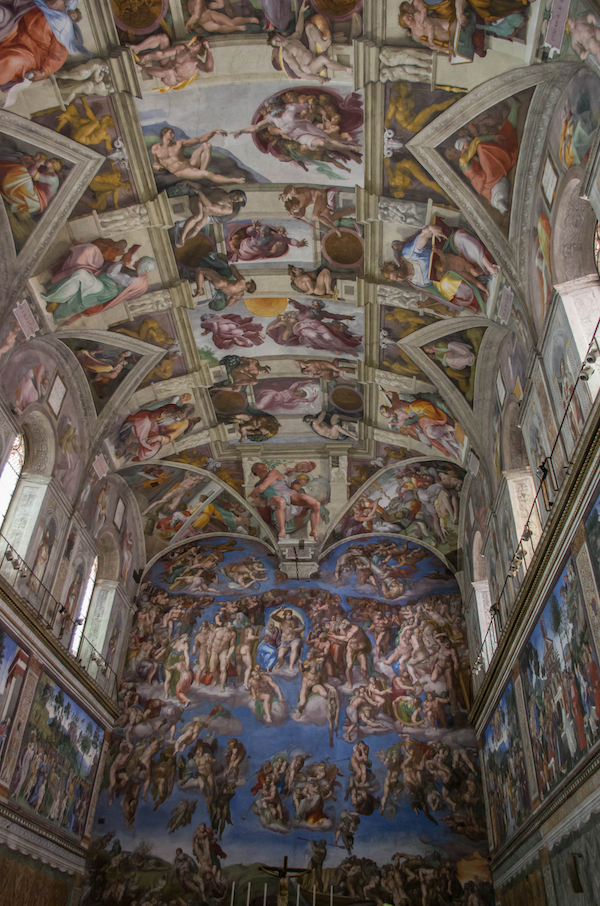 Take a moment to process that... the man spent nine years in a relatively small chapel working on this marvelous masterpiece. Michelangelo managed to live to the ripe age of 88 years old, so he spent about 15% of his adult life there.

In fact, drawing the Sistine Chapel was so taxing the first 4 years, that they say he permanently damaged his eyesight. But it gets crazier. 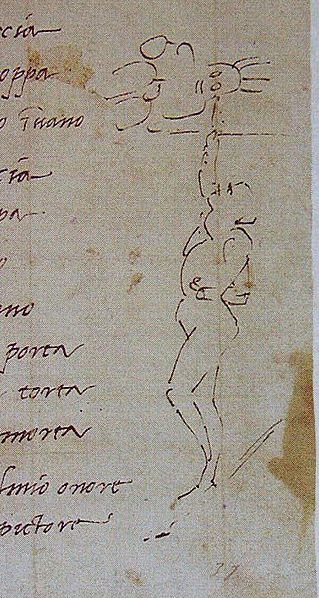 Painting a ceiling is as hard as it sounds — he stood on a scaffolding 60 feet in the air and painted it looking up the whole time. The doodle above is Michelangelo showing how he did it. His neck was constantly aching and painting included frequent pauses to massage himself, so he can continue. He lived there, eating onion and stale bread. He wrote to his father: “I live here in great toil and great weariness of body, and have no friends of any kind and don’t want any, and haven’t the time to eat what I need.”

Insane! If you came here to read about the art, this is a good place to stop and probably enough food for thought. Reflect on this and ask yourself "If I had to expend myself for a decade to work on some Sistine-level project, what would it be?". In the rest of this post, I will loosely relate this to some of my thoughts around software development, venture capital, and the short-term minded amnesia filled industry we're nurturing.

As a capitalist, the story of the masterpieces sprinkled around Europe wouldn't be complete without a frank discussion of the capital incentives that led to their commissioning. Again, consult your favorite historian about these things, but in many cases, it was the product of a lavishly rich and relatively centralized authority that commissioned them largely for the marketing and branding around the Catholic Church.

But it almost feels disingenuous to call it marketing. There was certainly a greater sense of pride and civic duty around the creations. The commissioners (whether it was the Vatican, the Medici, or some other patron) deeply understood what the architecture and art they created meant for their communities and the preservation of their histories. In many cases, the cost-benefit analysis makes it obvious branding wasn't the main goal. 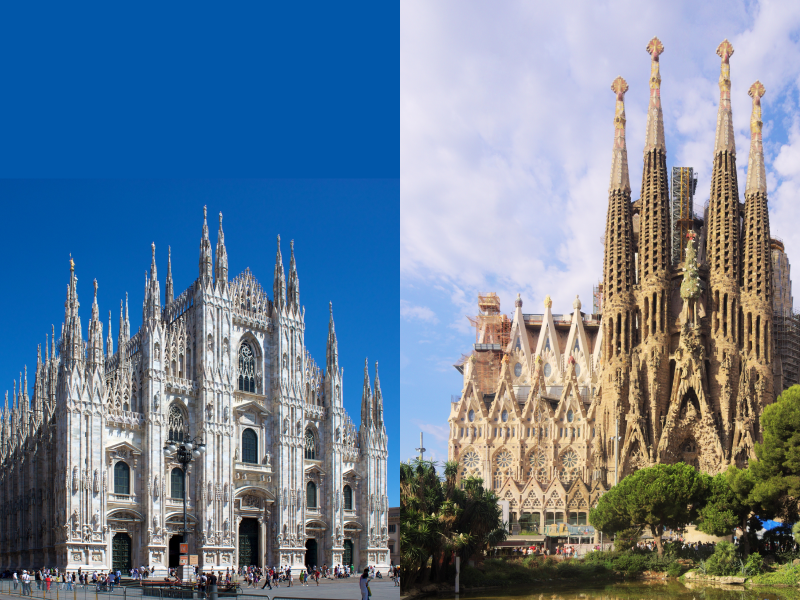 The first is Duomo di Milano architected by Simone da Orsenigo which broke ground in 1386 and finished in 1965, 579 years later. The second is the Sagrada Família architected by Gaudi which broke ground in 1882 and is expected to be completed after 2026, at least 144 years later. Certainly, anyone interested in marketing that bad would find an easier guerilla campaign to push those things forward. That couldn't be it.

The Garbage We Call Venture Capital

This brings me to software and the current venture capital market around it.

Before I start, I want to make it clear that not all projects are the same. Some projects need to provide immediate utility. If they told me the road in front of my home would take 200 years to resurface I'd be f*cking pissed off.

Yet the software world is largely devoid of projects designed with a grand vision or goal. And the reasons are obvious.

While wealth is at its all-time high, and its concentration in central figures is as saturated as it has ever been, we very rarely see projects with strong central ideas that aren't just SaaS fodder aiming to pull $10/user/month to satisfy annualized returns for their investors and their investors' investors. There's very little sense of community, no grand sense of how the world should be, no wherewithal to invest because "f*ck it, I want something grand to be made for the people".

In fact, I'd go as far as to say the only reason we have a few gems that emerge is that the "spray-and-pray" unicorn-seeking strategy of venture capital naturally creates a few higher-order gems as a product of the random walks.

The reason probably involves the systematization of venture capital and its equally short-term success metrics. Let's be real, VCs invest for their twitter bios and 2 and 20s. A VC is considered long-termist if they stood by for a measly 2 years waiting for revenue.

This leads me to a troubling thought: what projects of grand human utility do we not fund because of the current incentive structures?

MVPs, Pivots, and PMF Are Noise

These ideas promote the worst kind of lazy thinking in our brightest minds. They are promoted by revered thinkers who care much more about the gamification of the system to hit unicorn status than actual outcomes for humanity (some, like Paul Graham, have 1.4 million followers).

The hustle is no longer about building something to push humanity forward; it's about finding the fast path to people's wallets.

Yet we prescribe it as dogma for everyone in the industry and almost every dollar invested. So much so that we've completely killed the idea of long-term projects outside of academia.

I'll often meet founders cornered into building yet another issue system because Acme Corp offered them $50k/month for it. All the capital incentives were satisfied. But did the world really need our brightest working on another Jira?

The raise of PMF, MVPs, and pivots are an outcome of not having any ideological compass to drive our making and investing. They are the product of deep gamification of wealth creation by smart people. VCs game the system, makers game the system, and consumers end up with marginally better things that they'd only want after 100 million dollar marketing campaigns reprogram them.

As Charlie Munger says, "Show me the incentives and I will show you the outcome.” It is painful to imagine the level of distortion we've created in the innovation arena. What can we build together if we don't play this silly game?

The most game-changing software projects come from open source and prior exits. Both have one thing in common: they don't give a flying f*ck about money at first. They often start with ambitious goals that have nothing to do with PMF and ARR.

If we want to inspire the world we have to look past enterprise sales. We need to seek some divine goal and work relentlessly to make it happen.

Makers: find something you're willing to spend 10 difficult years on. Build short-term capital, so you can do that without being at the mercy of short-term investors. Define yourself by the pursuit of something divine not by dollars earned. Failure is inevitable. Don't sell out.

Venture capitalists: seek investors who have a vision as grand as the one you're claiming. If you have to give quarterly return reports, that's probably not it. Spend as much time finding this sort of benevolent funding as the makers you support spend crafting. Show off the amazing ideas you supported but failed, inspiring others to pickup where they've left off.

Let's not build a world filled with SaaS litter. Let's push our brightest to inspire generations.